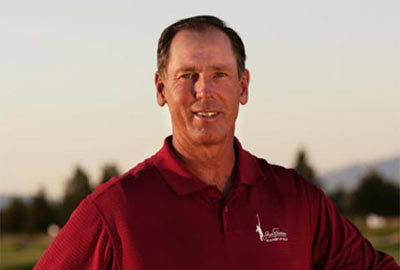 Nicklaus Academies Director of Instruction, Mike Malaska, and fellow Nicklaus instructor Mark Maness were among the 50 individuals to receive the Golf Range Association of America’s Growth of the Game Teaching Professional Awards. The awards were given to instructors in the United States who drive revenue to their facilities through instruction, who are growing the game by introducing new students to the game, and who help golfers improve their games so they have more fun on the golf course.
Malaska was named the PGA Teacher of the Year in 2011 and has also won the same honor with the Southwest Section PGA. Malaska is an accomplished golfer himself, having won the Southwest Section PGA Senior Player of the Year in 2011.
Maness is the Director of Instruction at the Golden Bear Golf Center in Carrolton, TX, where he has worked for 17 years. He has utilized his skills to develop players of all ages, using technology in his instruction since before it was fashionable. Maness has worked with and learned from the likes of Jim Flick, Martin Hall, Hank Haney, Chuck Cook, and fellow award recipient Mike Malaska. He played on the PGA Tour in 1988 and has taught for more than 20 years. A PGA member since 1992, Maness was awarded the 2004 Northern Texas Section PGA Teacher of the Year and has been a Top 50 Instructor as voted by Golf Range Magazine since 2004.
“It is fantastic to see Mike and Mark recognized for their unwavering passion for instruction and efforts behind growing the game of golf,” said Ted Simons, Executive Vice President and COO for Nicklaus Academies. “This speaks volumes to their commitment in providing the best instruction to students of all ability levels. Nicklaus Academies is proud of the work they do, as well as their long standing association with the academies as key members of our International Training and Certification efforts.”
Along with a feature in the January 2013 issue of Golf Range Magazine, Malaska and Maness were recognized at the 2013 PGA Merchandise Show in Orlando, Fla., and on GolfRange.org.
Golf Range Association of America is a leading trade organization that manages four national trade conferences and over 30 regional conferences; publishes digital magazines and consumer and trade print publications; and co-owns and co-manages the world’s largest professional equipment expo, Demo Day at the PGA Merchandise Show.