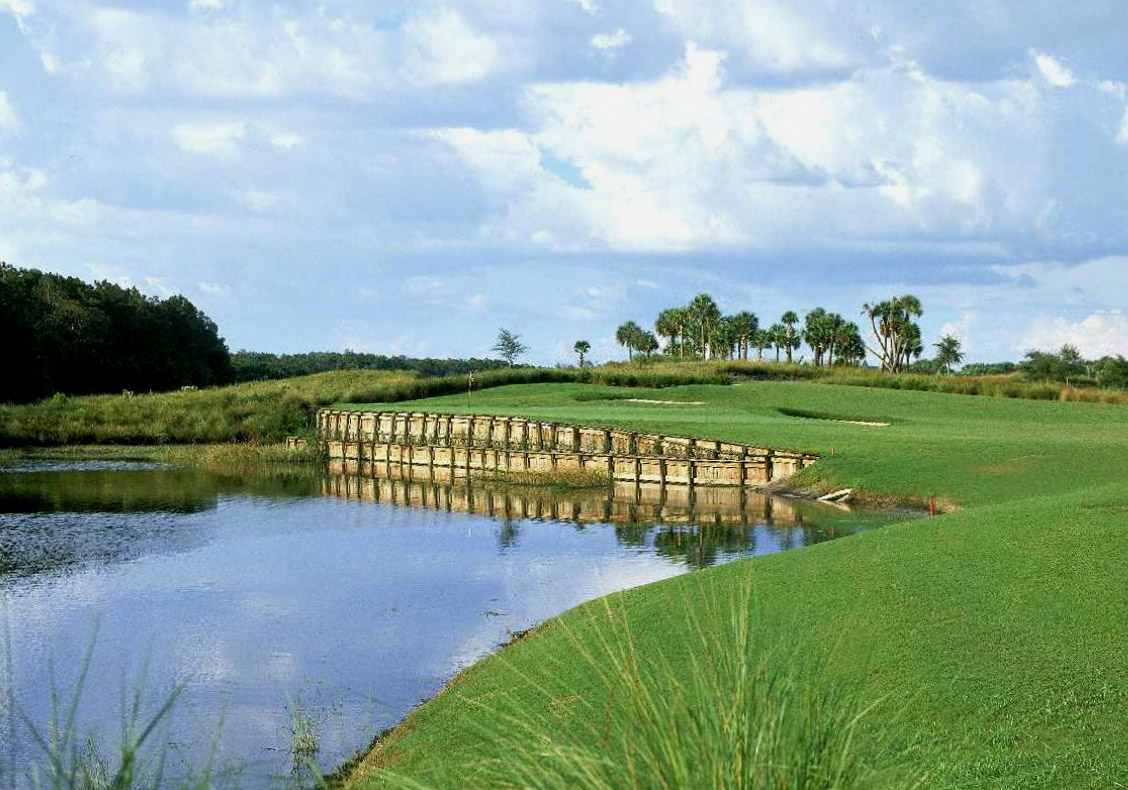 In golf years, the Talon Course at TwinEagles is still a relative youngster. But the 15-year-old co-design by Jack Nicklaus and Jack Nicklaus II has become a well-entrenched veteran on the Champions Tour, with ample praise coming from its main critics — the players who make up the PGA Tour’s senior circuit.
TwinEagles will host the ACE Group Classic this week, bringing the best in senior golf to Naples for the eighth time. It is also the ninth tournament overall for TwinEagles, which welcomed the Father-Son Challenge in 1999, won by Jack Nicklaus and son Gary.
This year’s field includes eight World Golf Hall of Fame members, including defending champion Bernhard Langer, Hale Irwin, Tom Kite, Colin Montgomerie, Larry Nelson, Nick Price, Curtis Strange, and Tom Watson.
“Our field is really one of the strongest we’ve had when you look the list of Hall of Famers coming, especially with Tom Watson’s return,” said Tournament Director Gail Graham. “These players wrote the history of golf and with great conditions at TwinEagles, it should make for a thrilling week of competition.”
The 2014 ACE Group Classic will air live on the Golf Channel. Scheduled broadcast times are Friday, Feb. 14, from 2:30-4:30 p.m.; Saturday, Feb. 15, from 3:00-5:00 p.m.; and Sunday, Feb. 16, from 3:00-5:00 p.m. All TV times are Eastern Standard Time and subject to change.
The record book lists Kenny Perry’s 20-under par in 2012 as the lowest winning score at TwinEagles, but just a year ago when Bernard Langer won at 12 under, the course was ranked as the 10th most difficult on the Champions Tour that year.
The field averaged 72.414 on the 7,193-yard, par-72 layout.
The players enjoy TwinEagles because of the generous fairways, perfect greens and a pristine practice facility and clubhouse.
“The golf course has always been good, from the very outset,” said veteran Tom Kite, who has never missed playing in Naples and whose best finish was a solo fourth in 2002. “(The Nicklauses) did a nice job in designing TwinEagles and not much has changed; only the equipment makes the course play shorter.
“It suffered for a few years until the new owners came on board and they’ve done a really nice job of getting it back in shape, something you don’t always do overnight.”
TwinEagles hosted the ACE Group Classic from 2002 through 2006, then missed five years before The Ronto Group purchased the 36-hole, 1,100-acre community through bankruptcy from The Bonita Bay Group. The ACE Group celebrated a return to TwinEagles in 2012.
Loren Roberts has two ACE Group titles, including his 2006 win at TwinEagles after a 14-under-par 202.
“It’s a second-shot golf course because of the wide fairways,” said Roberts, who has been nicknamed “The Boss of the Moss” because of his clutch putting over a long career. He has used the same putter since 1992 and the same putter shaft since 1985. “The greens are flat, but they can really tuck the pins close to water on a lot of holes.
“The tough pin placements are a trademark of the course. It’s no secret that you have to make a lot of birdies but I’ve seen times with the pins tucked and a player is lulled to sleep.”
Tom Watson lost the first tournament at TwinEagles in 2002 on the 457-yard, par-4 18th hole to Hale Irwin with an errant shot in the water. The 18th hole on the Talon Course was the most difficult in 2013, with an average score of 4.33.
It was also the second-most difficult finishing hole on the Champions Tour, ranking only behind Royal Birkdale Golf Club, site of the Senior Open Championship.
“The 18th is a classic finishing hole and is backdropped nicely by the TwinEagles clubhouse,” Jack Nicklaus said. “The hole is long, double dogleg that requires a well-placed tee shot—preferably to the right side of the fairway—while avoiding the fairway bunkers protecting both sides of the fairway. The second shot is played to a long, angular green, guarded by water on the right. The left side of the green offers a bail-out area that tests the golfer’s short-game creativity.”
Dr. Jim Suttie, who operates an instructional school at TwinEagles and works with Roberts, had a simple warning for the players: “Take what it gives you, but don’t be aggressive in certain places,” Suttie said. “The guys who win or do well stay patient until they see an opportunity to score. The 18th is a star.”
“No question the course is maturing and we have some classic second-shot holes, like 4 and 15,” said Director of Golf Scott Newhouse. “We’ve changed very little, bringing in Nicklaus Design only to restore the fairways before re-grassing and removing some trees at 17.”
The full field is below.