Charity, community are focuses of the Memorial Tournament - Nicklaus Companies
Skip to content 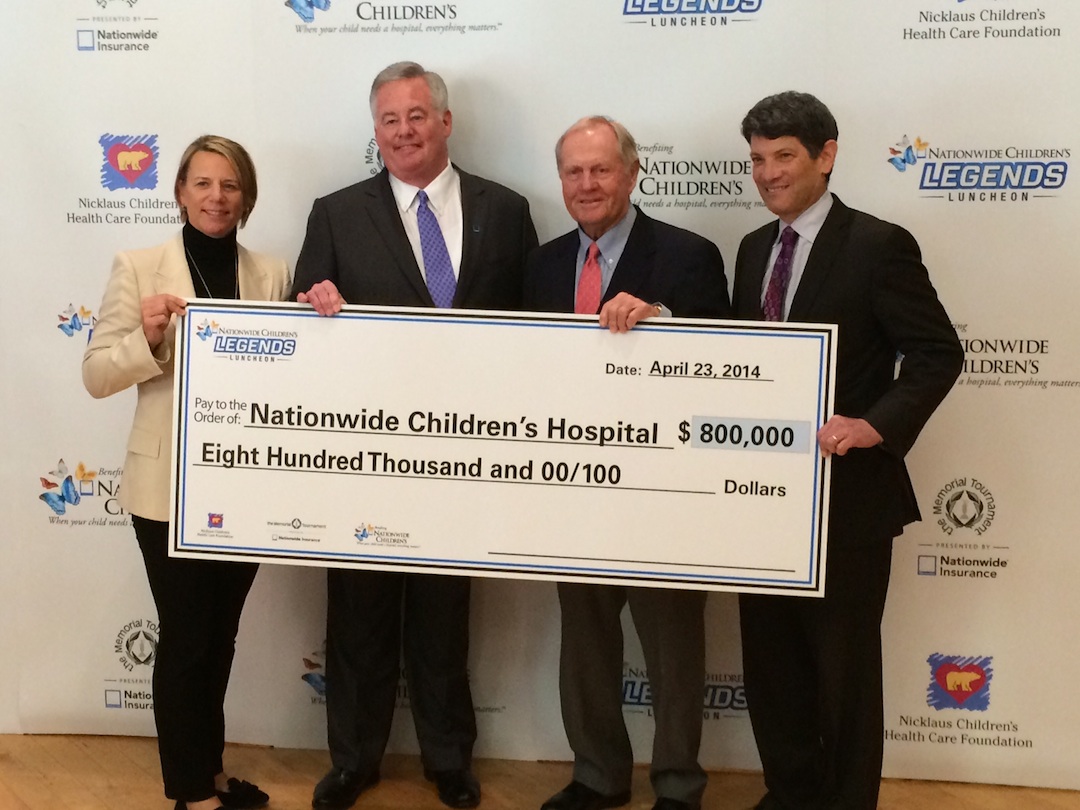 Nicklaus Children’s Health Care Foundation and Nationwide Children’s Hospital partnered in 2010 in order to advance their cause of supporting more children. Now ranked in the U.S. News and World Report as one of “America’s Best” in Neonatal Care and Services, the Memorial Tournament Newborn Intensive Care Unit (NICU) has provided infants with outstanding medical expertise.
To promote health among youth, the Memorial Tournament is hosting several events catered toward children. In addition to junior clinics open to all children, other events include a “Ball Marking,” patients hitting on the range, and an award ceremony held for all of the patients at Nationwide Children’s Hospital.
At the “Ball Marking,” a PGA TOUR professional will have the honor of having a patient write his or her initials on the golfer’s ball, allowing the golfer to play for that child. “Patients on the Range” will be held on June 1st at the main driving range. Here, younger patients will be in charge of placing placards with the correct names in each hitting bay as the golfers are warming up for their final round, giving the children the opportunity to watch the professionals up close.
Leading up to the 2014 Memorial Tournament, the Nicklaus Youth Spirit Award, presented by Nationwide Insurance, was given to the family of patient Griffin Hayden, 14, from Newark, Ohio, at the Legends Luncheon, for his demonstration of a strong driving spirit in overcoming obstacles, an unwavering optimistic outlook, and a strong conviction for his connection to Nationwide Children’s Hospital. The Legends Luncheon raised $800,000 for the Nicklaus Children’s Health Care Foundation and Nationwide Children’s Hospital, bringing the four-year total to $1.9 million.
Another large focus of the Memorial Tournament lies in the military branches. Military Appreciation Day was held on Wednesday. The tournament recognized both active and retired members. A lunch honoring 40 service men and women featured a special appearance from Jack and Barbara Nicklaus. An exclusive golf clinic after lunch included the expertise of several PGA TOUR professionals.
Additional charitable impact is made possible through the involvement of the Memorial Tournament’s volunteers. More than 2,500 people dedicate their time to help run the Memorial Tournament and provide charitable support each year.