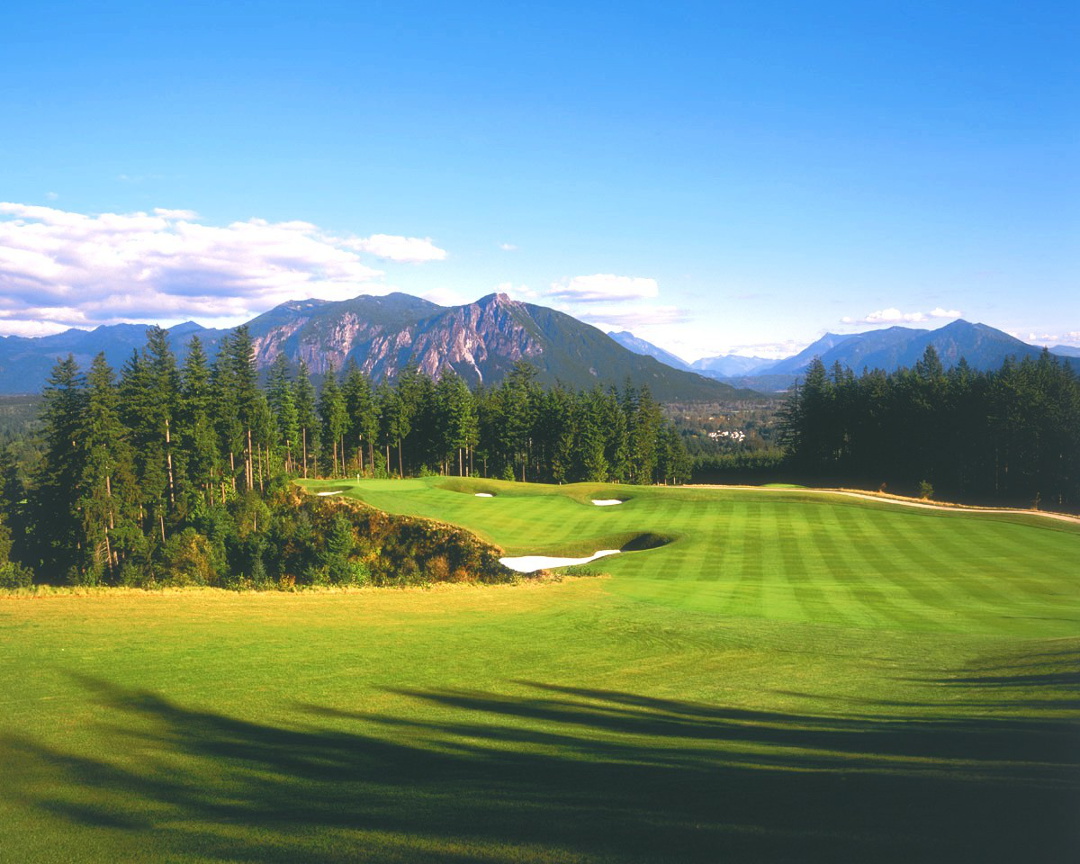 The 10th edition of the Boeing Classic tees off today at TPC at Snoqualmie Ridge, a Jack Nicklaus Signature Golf Course located just outside Seattle in Snoqualmie, Washington. This week’s Champions Tour event features a field of 81 senior stars vying for their share of a $2 million purse.
The Golf Channel will televise the Boeing Classic today and Saturday from 8:30 to 10:30 p.m. ET, and Sunday from 9:00 to 11:00 p.m. ET.
Included in this week’s field is 2013 winner John Riegger. Last year, Riegger held off Bernhard Langer, Tom Lehman, John Cook, and Seattle native Fred Couples to finish with a 15-under total of 201 in only his fifth Champions Tour start after turning 50 last June. A crowd of 30,000 spectators watched Sunday’s final round at the Seattle area course designed by the Golden Bear.
Other past Boeing Classic winners teeing off today are Langer, Mark Calcavecchia, Loren Roberts, and two-time winner Tom Kite. Fan favorites Couples and Lehman both return to the Boeing Classic. The event will be Couples’ fifth Champions Tour appearance in his Seattle hometown.
Unique in that the event is sponsored by Boeing, tournament festivities begin today with a Boeing Jetliner flyover at about 1,000 feet above the golf course.
The Boeing Classic will remain at the Jack Nicklaus-designed layout at least through 2016. In its first decade, the tournament has developed into one of the most popular and lauded stops on the Champions Tour. It has won one of the Tour’s major awards each of the past four years, and in 2013 received the Tournament Business Affairs Award. In 2007, the tournament earned the Outstanding Achievement Award; in 2010 received the prestigious Presidents Award; in 2011, the Players Award; and last year, the event garnered the TBA Award. The tournament held its first event in 2005 and in just nine years has raised nearly $5 million for Greater Seattle charities.
Sunday’s winner will be decided after 54 holes of stroke play with no cut on the 7,264-yard, par-72 layout. The course, which opened for play in 1999 and remains the only Jack Nicklaus Signature Golf Course in the state of Washington, has generous, receptive fairways, but a design that puts a premium on the approach shot—all in a spectacular mountain setting. The course recently made Golfweek’s list of the Best Residential Courses, and when it opened, was named within the top  10 of Golf Digest’s list of the Best New Private Courses.
“I believe whenever possible, golf should be played at a pretty place,” Nicklaus said. “If I can design a course to accomplish that and still create some great holes, so much the better. Here we took the aesthetics and the view lines and tied them together very well.”
The Boeing Classic is one of no fewer than a company record 26 Tour-sanctioned events to be played on Nicklaus Design courses in 2014. It is one of six Champions Tour events hosted on Nicklaus Design courses, including two majors—the Regions Tradition at Shoal Creek and the Senior PGA Championship at The Golf Club at Harbor Shores—and the Charles Schwab Cup Championship at Desert Mountain Club.
For more information For more information on Nicklaus Design, visit nicklaus.com/design, or for more information on the Boeing Classic, visit boeingclassic.com.
A Boeing Classic field list is included below.