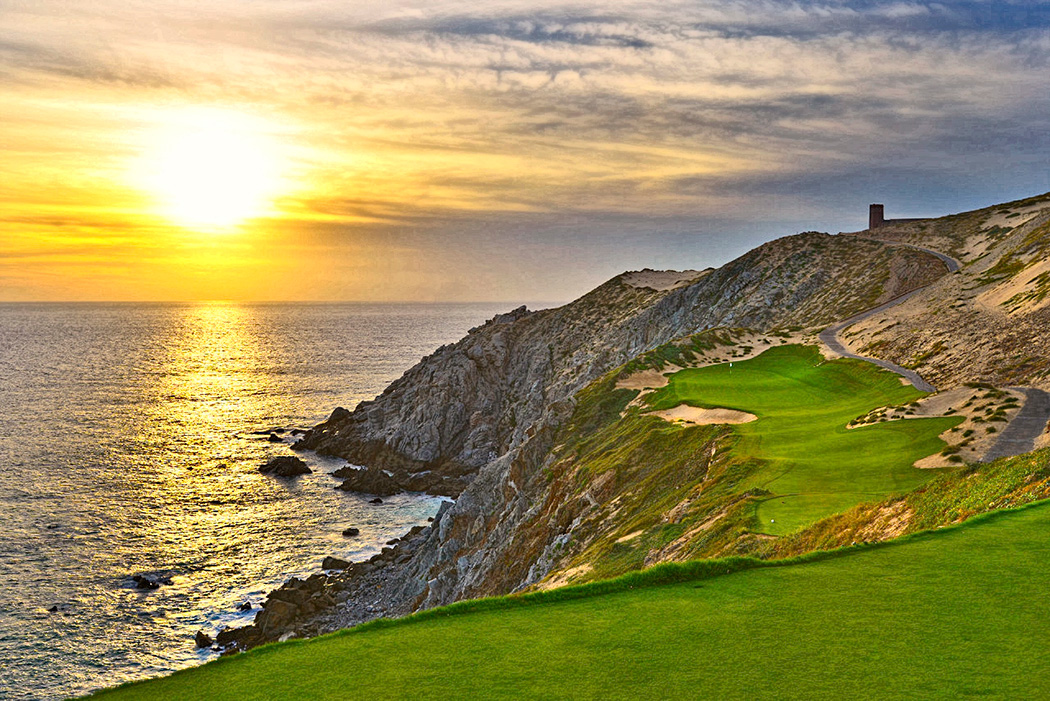 Golf Magazine names Golden Bear top architect, while Quivira in Los Cabos, Mexico, named Best New International Golf Course
It has been a great week for Jack Nicklaus.
Just days after learning he would receive the Congressional Gold Medal—the highest honor Congress can bestow on a U.S. civilian—Jack learned he was named Golf Magazine‘s Architect of the Year for 2014. The award is announced in the magazine’s January 2015 issue. The Golden Bear learned of the news during last week’s grand opening of Quivira Golf Club in Los Cabos, Mexico. The backdrop was perfect, as Quivira was named Golf Magazine‘s “Best New International Course.”
In addition, Potomac Shores in Northern Virginia was awarded Honorable Mention for the magazine’s “Best New U.S. Course You Can Play.”
According to Golf Magazine, “Jack reigns supreme in his preference for downhill holes and spectacular visuals. Nowhere is that more true than at Quivira and Potomac Shores, his two award-winning creations.” It was at Quivira where Golf Magazine says Nicklaus brought fantasy holes to life. The course features 350 feet of elevation change, including three cliff-top jaw-droppers that dive into massive dunes as they soar high above the Pacific. The magazine added that the course was named Best International “for the views, the design’s dazzling variety, and the sheer audacity of the routing.”
Nicklaus’ first publicly accessible course in the Washington, D.C., metro area, Potomac Shores Golf Club, was given an “Honorable Mention” nod in the magazine under Best New U.S. Course You Can Play. “If you can renovate a course that never opened, that’s what the team achieved, with overgrown landing areas reestablished and widened, bunkers identified and changed where needed, greens expanded and tee boxes added,” the magazine said in its editorial. Opened on National Golf Day in May, the course now features ample fairways that play firm and fast, a stern challenge, and a stunning setting near the Potomac River amid steeply rolling, hardwood-choked terrain.
The Golden Bear founded Nicklaus Design almost 45 years ago, and since then, the company has designed over 390 courses open for play in 39 countries and 39 states. Nicklaus has been involved in over 290 of those projects, as either the solo designer or co-designer.
In addition to Quivira and Potomac Shores, other Nicklaus Design layouts to open in 2014 were Nicklaus Club Beijing (China), Changbaishan Golf and Ski Resort (China), Happy Valley Golf Club (China), Palm Hills Golf Club (Egypt), Santa Maria (Panama), and Skolkovo (Russia). Five of the eight new courses were designed by Jack Nicklaus.