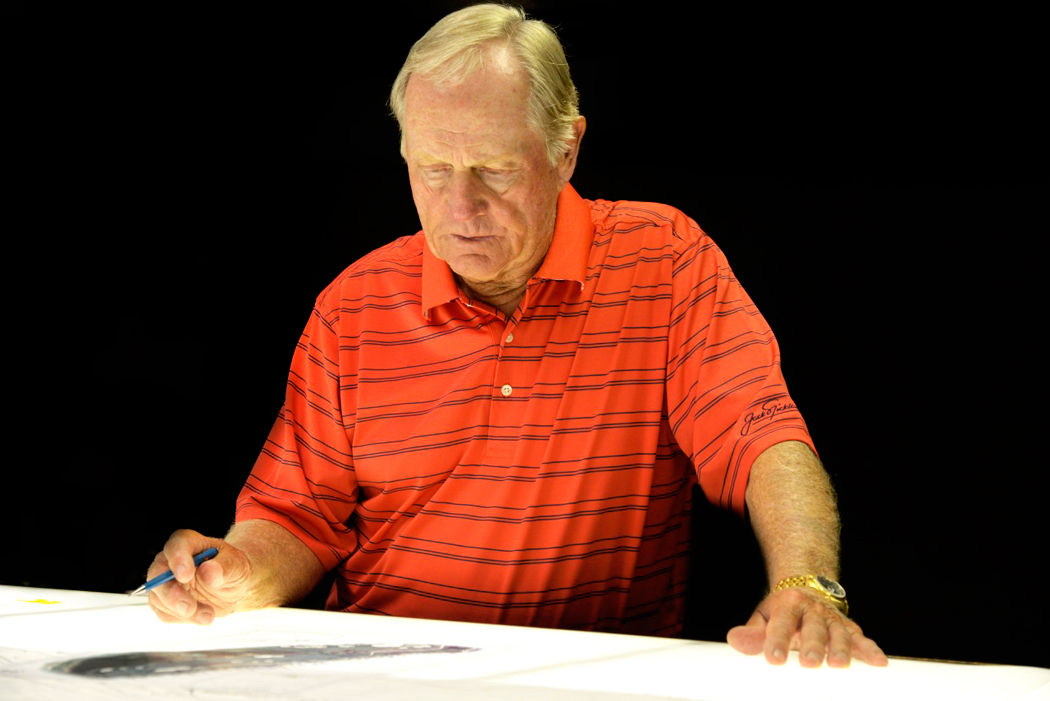 Golf Inc. will honor six golf courses from five countries in this year’s Development of the Year competition, including an impressive three by Nicklaus Design: Nicklaus Club-Beijing in China; Quivira Golf Club in Cabo San Lucas, Mexico; and Trump Golf Links at Ferry Point in New York, New York. Each course’s specific ranking amongst the six finalists will be announced in the January/February issue of Golf Inc. Magazine.
“They all do different things,” Nicklaus said. “Quivira is public and private; Nicklaus Club-Beijing is a private club in China; and of course, Ferry Point is public. So we have all three kinds, and all three serve varying purposes for different things. I think all three are very unique, very sustainable, and I think all three will be very successful.”
“Of the three, Nicklaus Club-Beijing has, by far, been the most successful from a financial standpoint. Although Quivira has been successful from a financial standpoint, but is just in its infancy. And Ferry Point could be the most influential from an impact standpoint.”
The 14th annual contest highlights the best new private and public golf courses in the world. It judges new courses based on development vision, aesthetics and routing. This year the magazine added sustainability as a new area of judging to examine the economic and environmental impact the courses will have for years to come.
“While the number of new courses opening worldwide is at its lowest point in perhaps 40 years, the world’s best architects remain busy,” said Jack Crittenden, editor in chief of Golf Inc. “That has meant very stiff competition for this award, as the projects getting a green light today are of the highest caliber.”
In order to be eligible, developments must have been completed between January 1, 2013, and August 31, 2014, and not previously entered into the competition. In addition to open nominations, the Golf Inc. staff identified courses that received accolades and invited the developer and architect to enter the competition to ensure the best projects were part of the competition.
There will be a first, second and third place, in addition to honoring three finalists. For more information on the Nicklaus Design courses to be recognized, visit nicklaus.com.