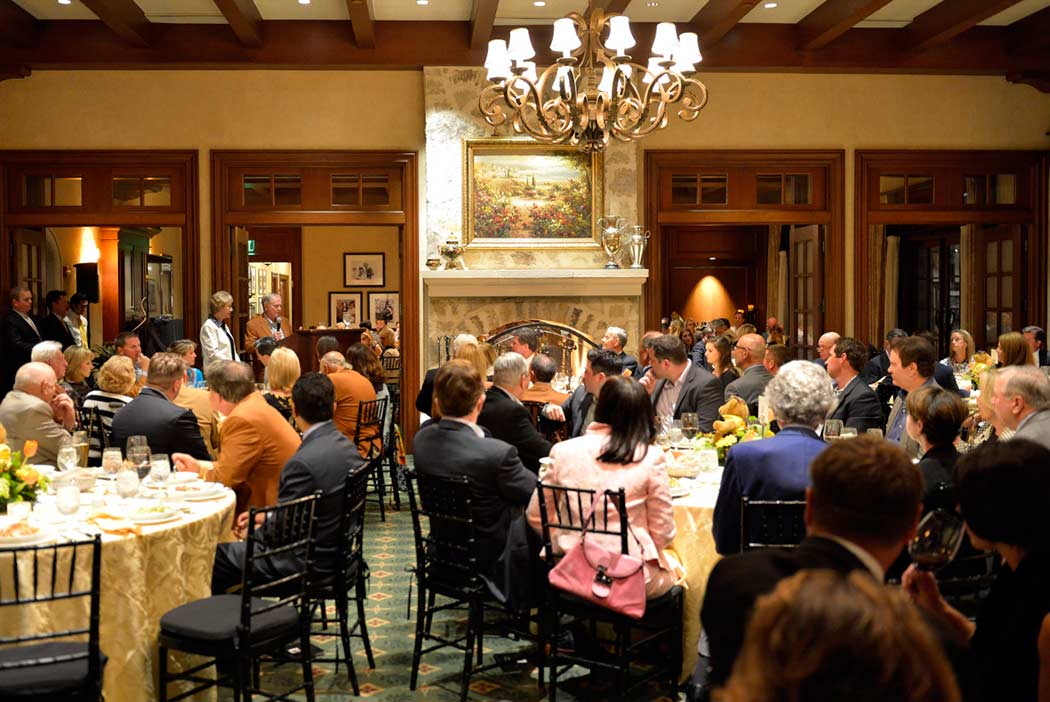 The Jake, the primary annual fundraiser for the Nicklaus Children’s Health Care Foundation, was another huge success this year with over $2 million raised, thanks to big-hearted donors and a who’s who of PGA Tour pros who gave of their valuable time. Held the week of The Honda Classic and within 10 miles of The Honda’s host course, the Jack Nicklaus-redesigned Champion Course at PGA Resort & Spa, The Jake field featured many of the stars who will compete in the first stop on the PGA Tour’s Florida swing.
Jack Nicklaus headlined the event, held at his home club, The Bear’s Club in Jupiter, Florida. The fundraising tournament included stars like Rory McIlory, Rickie Fowler, Keegan Bradley, Ernie Els, Dustin Johnson, Luke Donald, Camilo Villegas, and Robert Allenby, many of them among the more than 24 touring professionals who are members of the layout, recognized in Golfweek’s 2015 list of the 100 Best Residential Courses, and on the Best of the Best list in Links Magazine’s 2015 Real Estate Issue.
As part of the event, a dinner and auction was held to kick off the tournament, where Michael Pascucci was named the “Golden Heart Award” recipient. The award is presented to an individual or individuals with a giving heart who over the years have helped make the dreams of the Foundation a reality. Pascucci is owner of the prestigious Sebonack Golf Club in Southampton, New York, which has a Nicklaus-Tom Doak codesigned golf course. He is an accomplished businessman and generous philanthropist, involved in numerous charitable and philanthropic causes and organizations, and he has had a lifelong commitment to giving back and helping others in need. Past Golden Heart Award winners include Todd Wagner, Dick Chapdelaine, Jack and Cherie Lucks, and Marc and Tracy Bibeau.
New this year, the Nicklaus Children’s Health Care Foundation partnered with Chideo to send one lucky sweepstakes winner and his or her guest to participate in the tournament and meet the Golden Bear. Scott Conklin of Slingerlands, New York, won the trip after entering the contest with his donation to the Foundation.
The Jake is named in honor of Jake Walter Nicklaus, the son of Steve and Krista Nicklaus and grandson of Jack and Barbara Nicklaus, who passed away in 2005 at the age of 17 months old. Funds from The Jake will be directed to further the mission of the Foundation, which is to provide access to world-class health care for children and support cutting edge programs focused on the diagnosis, prevention and treatment of childhood diseases and disorders.
Since 2005, The Jake has contributed more than $13 million toward the $34 million raised by the Foundation since its inception in 2004. The Foundation was formed for a simple reason: to help kids in the community where Jack and Barbara Nicklaus and their children and grandchildren had already lived and worked for decades.
Since then, the Foundation has grown from a vision to reality, providing charitable services for children’s health care. The Foundation’s mission is to provide access to world-class health care for all children and support innovative programs focused on diagnosis, treatment and prevention of childhood illness.