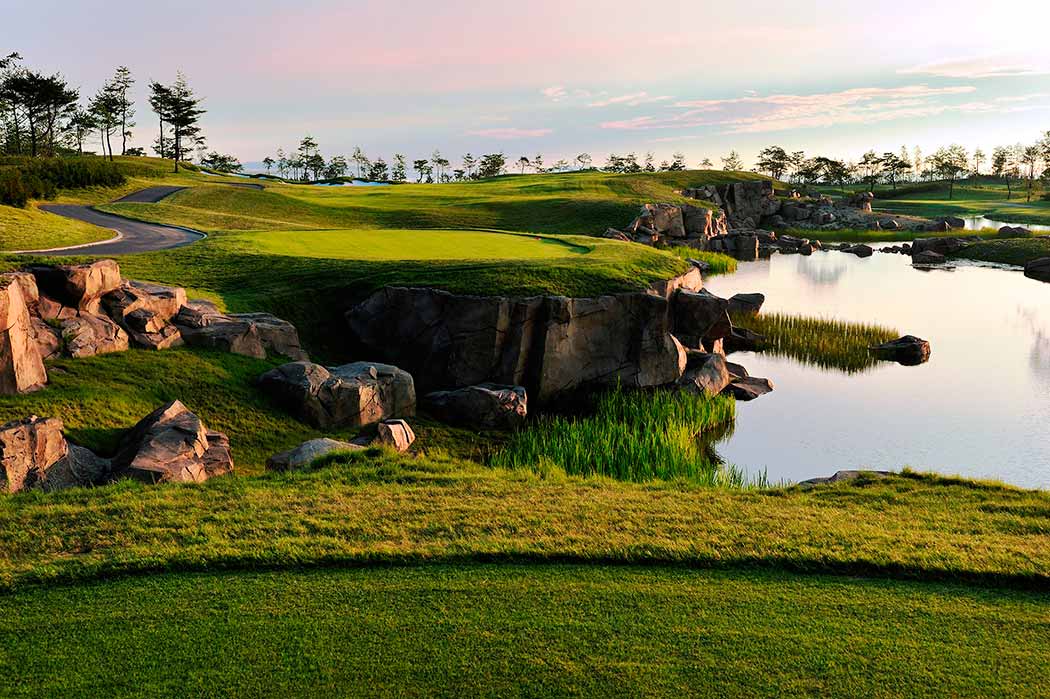 Jack Nicklaus Golf Club Korea’s turn on golf’s global stage will not end with Sunday’s final singles match of The Presidents Cup. It’s set for an encore in 2016, after the Founding Partners of the Asia-Pacific Amateur Championship (AAC) confirmed last week that Jack Nicklaus Golf Club Korea will host the 2016 Asia-Pacific Amateur Championship.
The AAC is conducted in partnership between the Asia Pacific Golf Confederation (APGC), the Masters Tournament and The R&A. The event offers the winner an invitation to the Masters Tournament at Augusta National Golf Club. The champion and runner(s)-up earn spots in The Open Qualifying Series for The Open Championship (British Open).
The 2016 AAC is scheduled for October 6–9, 2016, and will mark the first time it has been held in South Korea. The event has historically moved throughout the region and has now been held in China (2009, 2013), Japan (2010), Singapore (2011), Thailand (2012), Australia (2014) and Hong Kong (2015).
Past winners of the event include Tianlang Guan of China, who won in 2012 at age 14. In April 2013, he became the youngest to play in the Masters and the youngest to make the cut in a major championship.
Having opened in 2010, Jack Nicklaus Golf Club is the venue for The Presidents Cup 2015, marking the first time the prestigious international team event has been held in Asia. The course is located in Incheon, within the Songdo International Business (IBD), which is 40 miles west of Seoul. The course has formerly hosted a Champions Tour event (the first full-field PGA Tour event held in Asia), the Shinhan Donghae Open, the Chosunlibo-Posco Championship and the Korea Women’s Open.
“We are honored and delighted to be given the opportunity to host the Asia-Pacific Amateur Championship for the first time next year,” said  Hyung-Mo Kang, Vice President of the Korea Golf Association. “Having two AAC champions from Korea go on to compete in the Masters in the past, we have witnessed first-hand how the AAC inspires other players to develop their games and grow their passion for the sport. Staging the championship will do wonders for the sport in our country and we look forward to seeing more youngsters taking up golf as a result,” Kang said.
Joon-Hee Lee, Jack Nicklaus Golf Club Korea General Manager, added, “We are very excited to be hosting the top amateur golfers from around the Asia Pacific region next year as they compete for the most coveted amateur title in the region. When Han Chang-won [2009] and Lee Chang-woo [2013] won previously, there was a lot of excitement at home, and we hope that home advantage will spur on our local players. We have a course here at the Jack Nicklaus Golf Club we believe is suitable for a championship of this caliber, and we look forward to showcasing its beauty for the enjoyment of the best young golfing talents in Asia in a year’s time.”