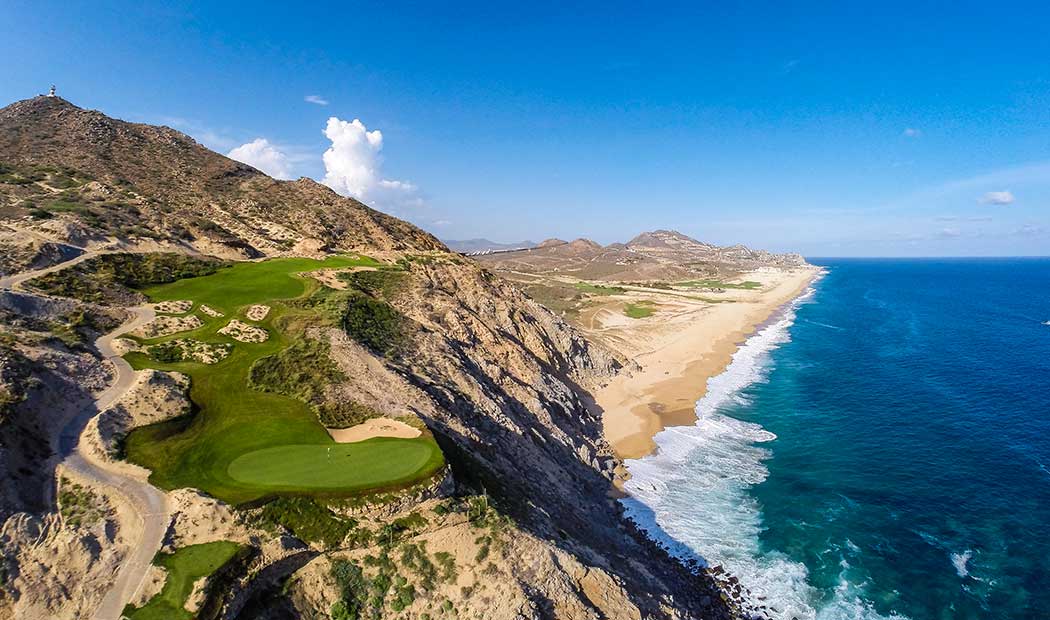 Pueblo Bonito Pacifica Golf & Spa Resort in Los Cabos has entered its second phase of development after opening in 2005.
The adults-only property, 10 minutes from downtown Cabo San Lucas, is adding two towers totaling 47 rooms, including a presidential suite and six suites with private pools. Room count when the project is completed will total 201 rooms.
These two Club Level buildings, named the Quivira Club after the nearby clifftop Quivira Golf Club, a Jack Nicklaus Signature Golf Course, will offer enhanced room amenities, and each floor will be staffed with a butler.
A third new building will include a Mexican-Mediterranean restaurant on the first floor, an oceanfront gym on the second floor, and a VIP lounge on the third floor, accessible from the Quivira Club buildings via a sky bridge. The targeted completion date is October 2016.
The nearby Quivira Golf Club opened in 2014 and was named Golf Inc.’s Development of the Year and “Best New International Course” by Golf Magazine. Marked by huge windswept dunes, sheer granite cliffs and rolling desert foothills, it is the sixth Jack Nicklaus-designed golf course in the Los Cabos area.