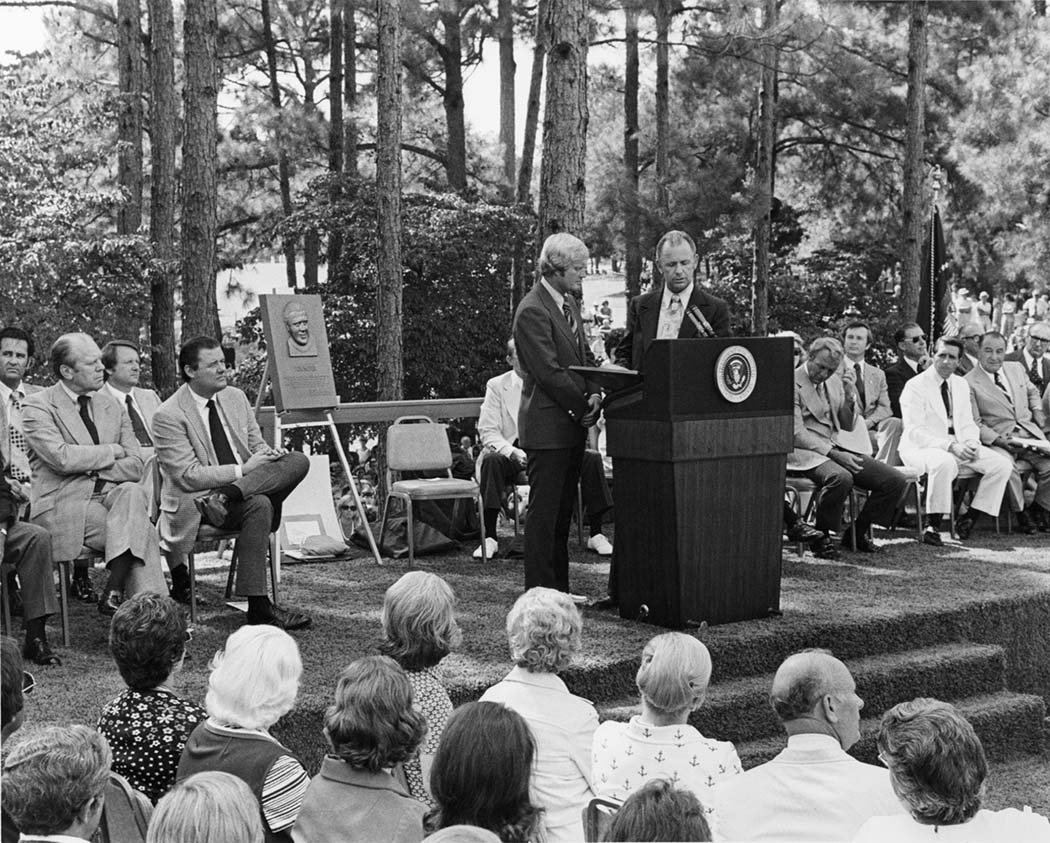 The World Golf Hall of Fame & Museum announced 18-time Major winner Jack Nicklaus will join fellow Hall of Fame Members Nancy Lopez, Gary Player and Annika Sorenstam as Co-Chairs of the Selection Commission for the World Golf Hall of Fame. The Selection Commission will elect the Class of 2017, which will be inducted Monday, May 8, 2017, the week of THE PLAYERS.
Lopez, Player and Sorenstam will return for a second term, while Nicklaus will replace Arnold Palmer and join the process for the first time.
“Being elected into the World Golf Hall of Fame, especially with the inaugural class [of 13] in 1974, was one of the unquestioned highlights of my career,” said Nicklaus. “It was a sign of respect and validation for the hard work I put into a game I have always loved and considered the greatest game of all. To now have the opportunity to join the Selection Commission, including my friends Nancy Lopez, Annika Sorenstam and Gary Player—all great players, wonderful people, and all highly respected in our game—gives me the opportunity to perhaps make someone else’s career and life very special with this honor. The Commission is an esteemed group of global leaders in our game, and I am honored to have the opportunity to help them advance the World Golf Hall of Fame and its tremendous work. And it should be a lot of fun along the way.”
“We are honored and excited to have Jack Nicklaus join the Selection Commission,” said Jack Peter, President of the World Golf Hall of Fame & Museum. “From his storied playing career to his current contributions to the game, he certainly has a firm grasp on the sport’s pulse and will be an incredible asset to the Selection Commission. I’d also like to take this opportunity to thank Mr. Palmer for helping us transition to our new Induction process. He has been, and continues to be, one of the Hall of Fame’s most engaged and insightful supporters.”
The Selection Commission will review candidates in four categories: Male and Female Competitor, Veterans and Lifetime Achievement. Later this fall, the Commission will assemble to discuss the merits and vote on the 16 finalists. A candidate must receive at least 75 percent of the vote to be elected. The Class of 2017 will be announced later this fall.
Also announced today was a change to the qualifying age for enshrinement. Effective immediately, candidates must be at least 50 years of age at the start of the year in which selections are made, replacing the previous age requirement of 40. The exception would be if a player was at least five years removed from being an active participant on his or her respective Tour.
“We work very closely with our Hall of Fame Members to ensure all aspects of the Induction criteria are shrewd and judicious,” added Peter. “As players continue to elevate their fitness levels and continue to play at a high level for a longer period of time, moving the age requirement to 50 ensures that we are able to celebrate their careers at the proper time.”
The Class of 2017 will be inducted on May 8th, the Monday of THE PLAYERS, and the 2019 class will be honored at Pebble Beach the week of the men’s U.S. Open.