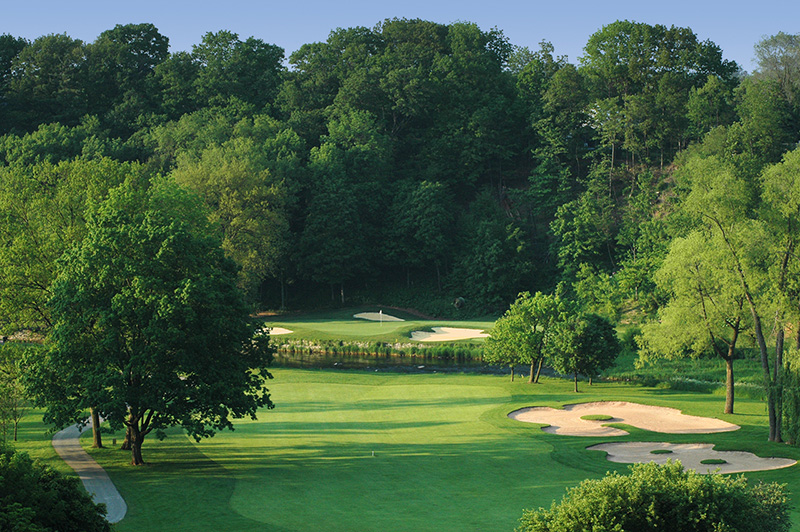 The 107th playing of Canada’s National Men’s Open Championship gets underway Thursday with 155 of the world’s best golfers set to challenge defending champion and World No. 1 Jason Day for the 2016 RBC Canadian Open at Jack Nicklaus-designed Glen Abbey Golf Club in Oakville, Ont. It is the record 28th time the prestigious event will be played at the Golden Bear’s first international design as well as his first solo golf course design.
Day’s victory in 2015 began an incredible stretch that saw him win six tournaments and climb to No. 1 in the Official World Golf Ranking. He returns to Glen Abbey Golf Club able to look back on how his victory in Canada 12 months ago kicked off the best run of golf in his career.
“Coming into this event last year, I felt confident about my game, but knowing that this event would spring board me to six wins, a major championship, [and] getting to No. 1 in the world, I’d be very surprised by that,” Day said. “It’s amazing how important this event was to me to really get my career going and get it off in the right direction that I’ve always thought it was going to go.”
“Sometimes I don’t have enough time just to sit down and realize what I’ve accomplished. It’s great and everything, but I know that I can’t get too far ahead of myself, because there are a lot of great golfers behind me who are willing to put in the effort and take that No. 1 spot away from me, and then beat me at tournaments like the RBC Canadian Open,” Day said.
“But first and foremost, I’m very excited to be back here as defending champion, trying to win it again and having the opportunity to play in front of the great Canadian fans, and obviously excited to play Glen Abbey again,” Day said.
Glen Abbey is a special setting for tournament golf and a beloved venue for Canadian golf fans. It’s the first known golf course to be designed primarily with the spectator in mind. The course was named to Golf Digest’s lists of the Best Modern Golf Courses in Canada in 2013 and 2014, and the event was selected as the PGA Tour’s “Most Fan-Friendly Event” in 2013.
“It’s probably one of the more creative golf courses I’ve ever done. It puts the spectator experience on par with the golf experience. We went out from the clubhouse sort of like the spokes of a wheel. You can view the golf course and the tournament from the clubhouse. You have a second row from which you can view it. You then have an outer circle from which you can view. You can follow the round, you can watch it from the top of the hill, down into the valley. There are many ways you can view an event at Glen Abbey. The mounds of Glen Abbey give great vistas down onto the golf course,” Nicklaus said.
Not only did the Golden Bear design Glen Abbey, but he also finished runner-up in the Canadian Open seven times (1965, ’68, ’75, ’76, ’81, ’94, and ’85). Nicklaus played in the event 14 times at Glen Abbey from 1977 to 1993. In his 24 Canadian Open starts, he finished 13 times in the event’s top-10.
Glen Abbey houses the Canadian Golf Hall of Fame, which inducted Nicklaus in 1995. The Golden Bear serves as Honorary Chairman of the Canadian Golf Foundation, and last year, the National Board of Directors of the PGA of Canada presented Nicklaus with the 2013 George Cumming Distinguished Service Award, as well as honored the Golden Bear with just the sixth ever Honorary Life Membership of the PGA of Canada.
“I’m very proud of Glen Abbey. I think it’s a great golf course, I think it’s a great venue for the Canadian Open, and I can only say I’m very proud to be a part of it,” Nicklaus said.
For more information on Glen Abbey and the Canadian Open, visit rbccanadianopen.com.